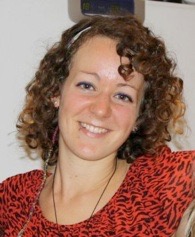 I am frequently asked by clients, and by those I give talks to, how I got into raw feeding, so I thought I would use this as the theme for my first blog post. This introduces you to me as a pet owner, as well as a veterinary surgeon.

When I was a student I saw practice with a holistic vet who started me on the journey to being a raw feeder. We spoke lots about raw feeding during the week or so I was with him and, because of my obvious interest, he sent me home with a book about it. I devoured it and was immediately fascinated – this was the first time a method of feeding for pets made complete sense in my head and in my heart. This felt right. So I acquired more books and did lots of research before taking the first big leap – trying it out on my own dog!

Fudge, my 8 year old border collie, was 3 at the time and I was a final year vet student. Despite protests from my fellow vet students (“you can’t feed him chicken bones!” “he’s going to die!”) I started adding in some raw chicken carcasses to his diet and some raw meaty scraps, fed separate from his kibble. I was a poor student and travelling a lot for placements so this was the best I could manage at that time – whatever I could get cheap or free from the butchers. Fudge loved these new additions so as soon as I finished university I started to make up my own raw food with meat, meaty bones, fruits and vegetables. It was great fun but time consuming so I now feed a bought, pre-made, complete raw food (with some extra additions that I find around the place!)

It was this switching of my own dog to raw food that convinced me of its benefits. I like to see something work with my own eyes before I believe all that I read about it. So let me tell you what convinced me…

At 3 years old Fudge was a slightly itchy dog, who suffered from occasional hot spots, and had a slightly scurfy coat, on and off. He also had ongoing mild colitis, where his first poo of the day would be perfect but they would get softer as the day wore on, often with a mucus coating to them [on a side note, it’s nice to get poo chat into my first blog post, you will discover raw feeders and vets spend much time discussing poo in its various forms!] Fudge was also on and off lame on his left forelimb due to a chronic shoulder problem which he’d had surgery for at 1½ (he had an OCD – osteochondritis dissicans – lesion with secondary inflammation and some new bony growth). For this, and I cringe a little to say it now, I gave him Metacam as required and managed his exercise. We were continually having to rest and give him courses of Metacam but the only other option I was offered was a steroid injection into the joint, which I wasn’t keen to start at such a young age. He was also starting to get plaque building up on his teeth. So I didn’t have the healthiest of dogs, but at the time I thought he wasn’t in bad nick – now I know better!

The first change I noticed on our switch to feeding completely raw was the quality of his poos [yes we’re back to that I’m afraid!]. Instead of large, smelly, mucus-coated, variable stools, I was getting amazing little hard lozenges, with virtually no smell, and easier to pick up than any I’d encountered before. I also found that if you were a bit lazy and/or forgot to pick up the poos in your garden for a few days, the poos just crumbled up into virtually nothing. I was thrilled! Also instead of 3-5 poos daily I was getting 1-2, much more normal for a healthy dog.

The next thing that changed was during our walks. Suddenly numerous people started commenting on Fudge’s coat, saying how soft and shiny it was, how beautiful it looked and giving lots of compliments always ending with “What do you feed him?” And that is how I started teaching other pet owners about raw feeding. Since being raw fed, Fudge has suffered from one hot spot, and that was after he was bitten by an insect and then left unsupervised for a little while. His coat is still soft and shiny and he rarely has any scurf. He is sometimes still a little itchy during the pollen season but if that’s all my atopic dog shows for it then I am definitely not complaining!

When it was first pointed out to me that Fudge already had early dental disease at 3 years old I was slightly appalled – I thought dry food was meant to help with that, or even (what I now know are often sugar-filled) dental chews. His teeth were something I kept a close eye on after starting raw feeding. I needn’t have worried – the plaque quickly disappeared from his teeth, but he still has, to this day, staining on his upper canines from eating poor food when he was younger. Otherwise his mouth is as healthy now as I could wish for.

As for his biggest issue, his lameness, I am happy to share with you that since being raw fed I don’t recall ever having to give Fudge an anti-inflammatory for his shoulder. His diet, along with joint supplements, fish oils, and exercise management keep him going better than I ever could have hoped for. He is rarely lame now (and being a vet I am known to reduce his exercise after only a couple of lame strides – don’t worry we can be as paranoid about our pets as you!) In fact I could count on one hand the number of times he has been lame for more than one day in the last few years. I never dreamt at the time of his diagnosis and the period after his surgery that I could have been in this drug-free, pain-free situation with my 8 year old dog.

So this was my raw feeding story, and what originally convinced me of the benefits of raw feeding for our pets. Since then I have seen its benefits time and again in my patients and in the pets of my friends and family. I now have another dog and two cats, all of whom are raw fed and I wouldn’t go back for all the tea in China.