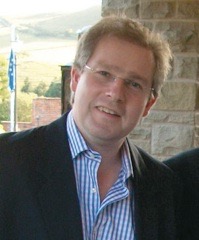 I really enjoyed my time at University, but the course itself was not only hard, but somewhat of a disappointment at times, and I often meet colleagues who would say similarly. Quite simply this was due to the fact we had to absorb by rote such a vast amount of information we had little to no time to question what was being put in front of us.

It must be far worse today as medical advances produce ever more information to absorb and so there is even less time to learn the practical skills needed for practice. As part of our practice we spend a lot of time training undergraduates in basic surgical skills that they are clearly not being taught at University, and so I feel I am justified in holding opinion that my generation was better prepared for Day 1 when starting out in the world of Practice.

As a student, one was grateful for small things to help you through the pressure of University, and gifts such as books written by Pet Food companies were gratefully received without any thought as to the subliminal marketing such imparted onto the young and tired brain. These days, as my young assistant Vicky will testify, it has progressed such that the main small animal nutrition lectures are given by representatives of large corporate pet food companies. Gradually this influence is being questioned.

I was, I feel, lucky as a young assistant as I got to see quickly the limitations of all I had been taught, and met some great colleagues, in both Medical and Veterinary fields, from whom I learnt so much. In particular I learnt to question the plethora of company reps, their information, and Big-Pharma sponsored research, also to look at what we had not been told as possible options for my patients.

Its amazing to consider (or maybe its not amazing really) that cups on a desk, or post-it notes, with branded products displayed on them can increase the prescribing of those products many times over, without the busy clinician even realising !

I ended up embarking on a personal journey that took me to see practice with many different colleagues, both Doctors and Vets, to learn how they thought and how they approached cases, integrating ideas that seemed useful into my own work, and widening my knowledge all the time. I still do this today and spend a few days each year in other practices seeing what they do.

Without doubt I learnt two major lessons from those colleagues and friends:

The first was that, if you are true to all that you have learnt, and do an honest job, not compromising one’s beliefs for profit, then you will always earn a reasonable living, but more importantly it will be with the blessing of your patients (clients).

The second was that our food should really be our medicine, and our health is defined by what we put into our bodies.

It has however, quite probably made me completely unemployable in today's corporate-led world !

The BARF revolution is fairly new, but some have been looking at the problem of commercially produced pet foods for a very long time. One of the first pioneers of BARF, some 25 years ago, showed me a chart he had made of the number of Vets in the UK plotted against the number of dogs. Fascinatingly his chart showed two peaks of growth in Vet numbers treating small animals, whilst dogs actually were gradually declining in number (dogs are the main income stream). Those peaks corresponded to the start of annually re-vaccinating animals, and prior to that the advent of the pet food industry. His argument was that dogs were healthier when fed scraps and leftovers (the vaccine point is for another day). I’ve never been completely able to recreate that chart, as there are many other factors involved that have to be considered, but his points made then, in my opinion, make ever more sense with time. I also interviewed a number of older and retired Vets for another project who said the same things; they never saw as much disease when they were in practice as is seen now, especially Cancer.

So gradually, some 25 years ago, I set about promoting a more natural way of nutrition, even getting clients to feed some dogs shares of their own food (if on a good diet!). There wasn’t a lot of guidance then but even so, it quickly became apparent that there was a significant difference between commercial and home-formulated diets. To go a step further, I noted that dogs fed on knacker meat never seemed to present to Vets other than for injuries whilst working, and some racing dogs performed ever better on almost completely meat based diets. So many people that worked their dogs fed little other than raw food, making up with processed only if they had no other food available, and their dogs were often healthy and un-medicated even into old age.

With patients I noted quite a few chronic skin and diarrhoea cases cleared up totally on just the diet change. We had fewer obese dogs on the books and happier clients. It wasn’t a success for all cases, perhaps in part as knowledge then was less, but a lot was learnt along the way and a lot of good work was done.

So to today: The BARF revolution is in full swing, which can be seen by the ever louder protests of its detractors.

People spend 5 times more on pet food than they do on veterinary care, and pet food manufacturers have an obligation to look after their shareholders. Universities and Veterinary Organisations are often sponsored by major manufacturers, their marketing is outstanding and their profits immense.

Yet up against that is a growing desire for a different way, but one that is underfunded and the benefits of a natural diet have never been properly addressed experimentally. It is unlikely they ever will as there is little profit, and nothing patentable, from natural and readily available products. In today's evidence-based world, it is argued that evidence is king, but the one concept that is rarely if ever addressed in that debate is that of what the client and the clinician actually perceive in real world situations – such is dismissed as merely anecdote and so of no, or little consequence. Yet try to get a client return to kibble having seen the benefits of Raw – it almost never happens.

I set out when starting my new practice, to practice in a way that did not rely on the 3 pillars of profit for Conventional practice – namely annual re-vaccination, neutering, and selling processed foods – all things my experience, and a growing, albeit largely anecdotal, evidence base, had frequently identified as having potential to have negative benefits to health. I wanted to focus on the treatment and prevention of disease, using what I had learnt over the preceding years in practice, using complementary and alternative medicines where appropriate.

At times it is difficult, especially as such an approach takes a lot of time, and the regular income streams revaccination etc create are not there, but the practice has grown steadily through recommendation rather than advertising, and I feel proud of that.

In 2016 we are looking to launch Project BEE, to educate clients and pet owners to try and reduce the chemical load being applied to pets on a regular basis, potentially damaging the environment, and putting Bees at risk.

So despite what Brian (Wolf Tucker) says, he and I are not quite over the great hill yet, there’s so much exciting stuff still to do. But perhaps we are over some of the Hills...